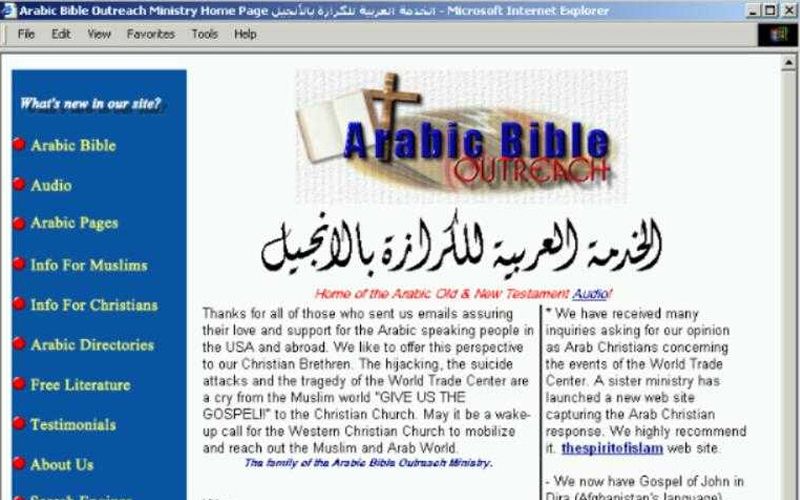 Arabic Bible Outreach Ministry (ABOM) began as a simple website created for the sole purpose of extending the Word of God to the unreached in the Arab world.

In 1999, ABOM’s first project was publication of the Arabic Bible on the Internet. In the early days of the internet, browser support was not available for the Arabic font. To address this challenge, ABOM rendered every letter of the Arabic Bible in image format. It was a momuental project which made the Arabic Bible - God's precious Word - accessible for the first time to the Arab and Muslim world in the 1400 years of Islamic history. Arabic is the language of the Quran (or Koran, the sacred book of Islam) and the religious language of all Muslims.

Because of the hunger for God’s Word among Arabic speaking population, ABOM continued to enhance its outreach initiatives by:

In 2003, ABOM was incorporated as the media branch of Biblical Missions International.
In 2017, BMI added another facet of ministry by launching a mission board serving missionaries who are called to the Arab World.
In 2018, BMI launched a new ministry called Kalimati (my Word in Arabic) to oversee the Follow-up and Discipleship ministries. It also oversees a wide an active Bible distribution ministry in the Arab world.

Our governing Executive Board consists of godly leaders in ministry and business, chaired by a native from the Middle East who has more than 35 years of ministry experience among the Arabic speaking population in the diaspora and the Arab world. 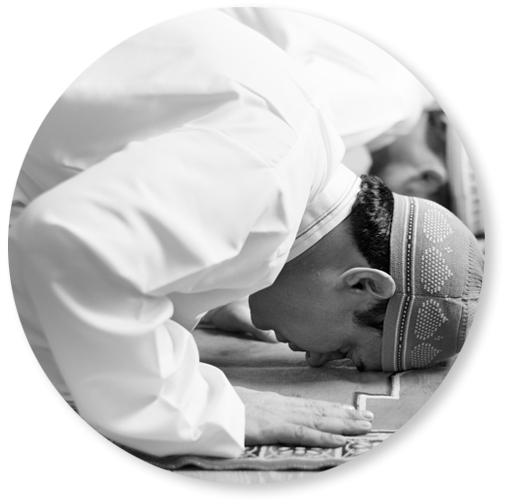 The Challenge of Islam

The Islamic world, especially the Arab world, is searching for an answer to all the tyrannies sweeping the Islamic Umah (empire). Many Muslims feel ashamed of the past few decades and want to show they can do better. To do that, they need to rediscover a sense of identity. Many are turning back to the Quran (the sacred book of Islam).

As a result, a revival is taking place in the Muslim world — a return to their roots: Islamic Fundamentalism. The New Testament Church needs to respond to this challenge and seriously apply our Lord’s Great Commission to the great spiritual need of Muslims.

May the Lord of harvest raise up laborers for the Arab field and lead His people to reach the Muslim world! 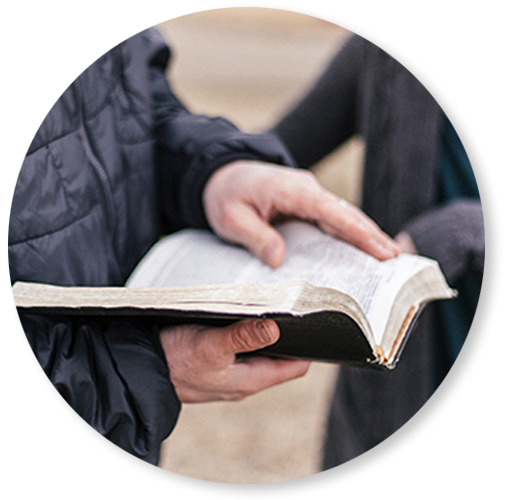 Beside media based ministries, the team support a thriving Discipleship ministry, a wide Bible distribution ministry, and Leadership Training ministry. 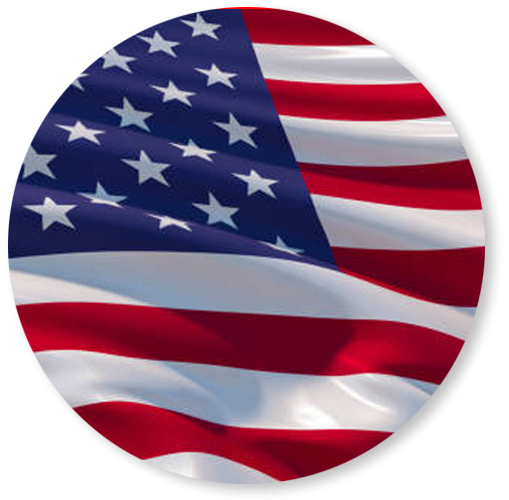 BMI has established a mission board to partner with churches in the USA to send out missionary families to serve in the Arab world and help in the Church planting effort that is currently taking place in many Arab countries.

This email address is being protected from spambots. You need JavaScript enabled to view it.
P.O. Box 486, Dracut, MA 01826 USA